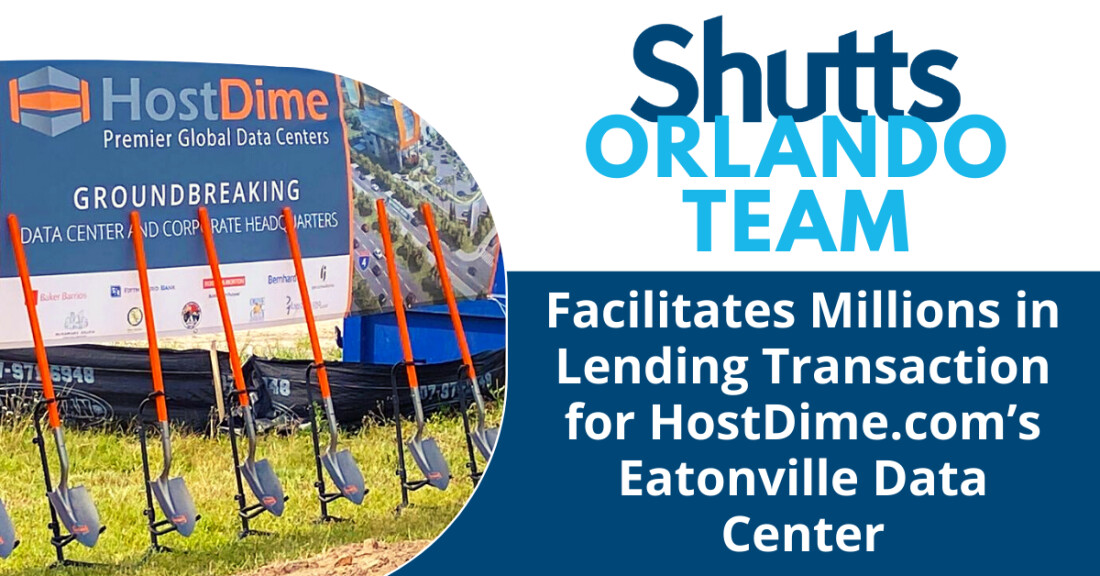 Shutts & Bowen LLP partners, Kyle Stevens and Jennifer Slone Tobin, recently co-led the team representing Fifth Third Bank throughout the lending process with HostDime.com and its affiliates, as a part of its financing for its new data center in historic Eatonville, Florida.

The $35 million data center and future headquarters for HostDime.com broke ground on March 19, 2021, following the successful transaction. The loans were a part of a new market tax credit (NMTC) financing structure for the 95,000 square foot Orlando facility.

The Shutts team also led the effort on coordinating the Fifth Third Bank loans with three other loans within the NMTC structure, including coordination and execution of over 100 documents. Fifth Third’s Orlando City President and HostDime’s Owner both noted the herculean efforts of the Shutts team under a strict timeline. Shutts team members who are also recognized for their valued and timely assistance in this transaction include attorneys James Timko (whose relationship with the client facilitated this joint effort), James Johnston and Jacob Kupp, as well as Rhonda Malary.