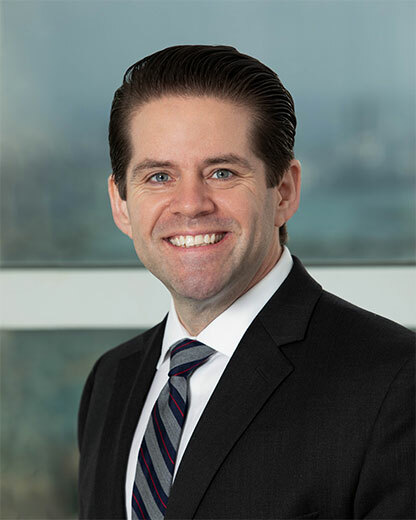 Jake Monk is a litigation partner in the Miami office of Shutts & Bowen LLP, where he is a member of the Insurance Law and Appellate Practice Groups.

Jake regularly represents insurance carriers and other corporations, defending them in trial and appellate matters throughout the state and federal court systems.

He has defended insurance carriers in life, disability, and motor vehicle insurance litigation. He has also defended corporations in various class actions where they have been sued for alleged violations of the Fair and Accurate Credit Transactions Act (“FACTA”), the Telephone Consumer Protection Act (“TCPA”), and Florida’s Deceptive and Unfair Trade Practices Act (“FDUTPA”).

Most recently, he was part of the trial team that successfully defended Northwestern Mutual against a beneficiary’s claim for $4 Million in Florida’s Federal Court’s first Zoom jury trial, in which all witnesses appeared and were examined via Zoom, and all jurors watched the proceedings and deliberated through the use of Zoom’s virtual technology.

Before entering private practice, Jake clerked for the Honorable F. Rand Wallis and Honorable Bruce W. Jacobus at Florida’s Fifth District Court of Appeal.  During his time at the court, Jake taught legal writing courses and a senior seminar as an adjunct faculty member for the University of Central Florida’s Department of Legal Studies and Barry University’s Dwayne O. Andreas School of Law.