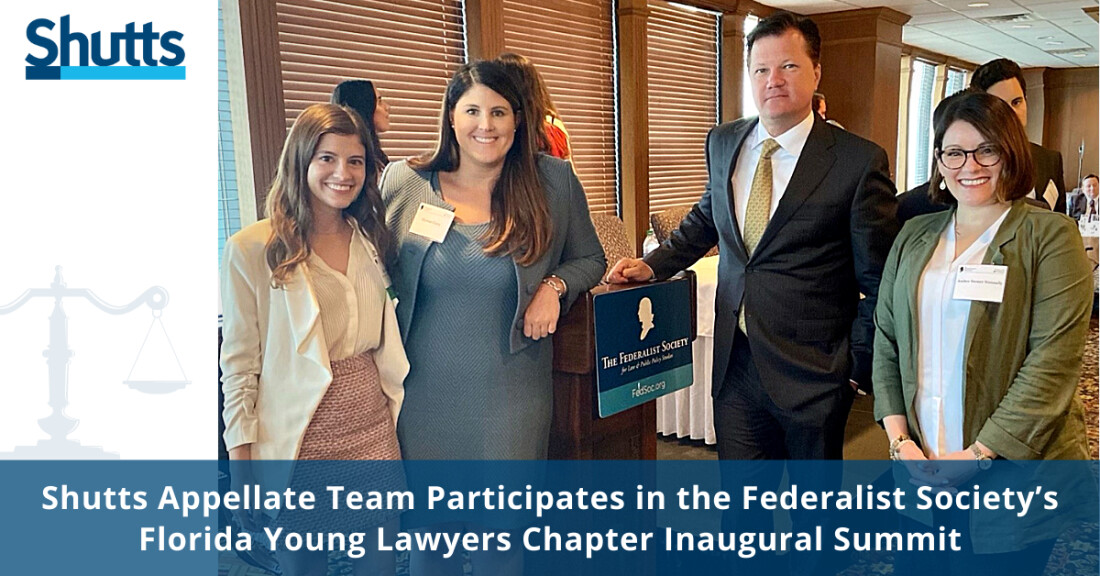 The Inaugural Florida Young Lawyers Summit provided an opportunity for lawyers 40 and under from across the state to gather and learn more about substantive legal issues. Helping to organize the event was Tampa attorney Elise Engle, who served on the Summit Steering Committee, and also serves as the Tampa Bay Representative for the Federalist Society’s Florida Young Lawyers Chapter. Jason Gonzalez, Chairman of Shutts & Bowen’s Appellate practice group, spoke during a summit panel discussion regarding Florida’s judicial nominating commissions and the nomination process. The summit was also attended by Tallahassee partner Amber Stoner Nunnally and Tampa attorney Alyssa Cory.

Founded in 1982 with a mission to sponsor fair, serious, and open debate, the Federalist Society is an organization of 60,000 lawyers, law students, scholars, and other individuals.