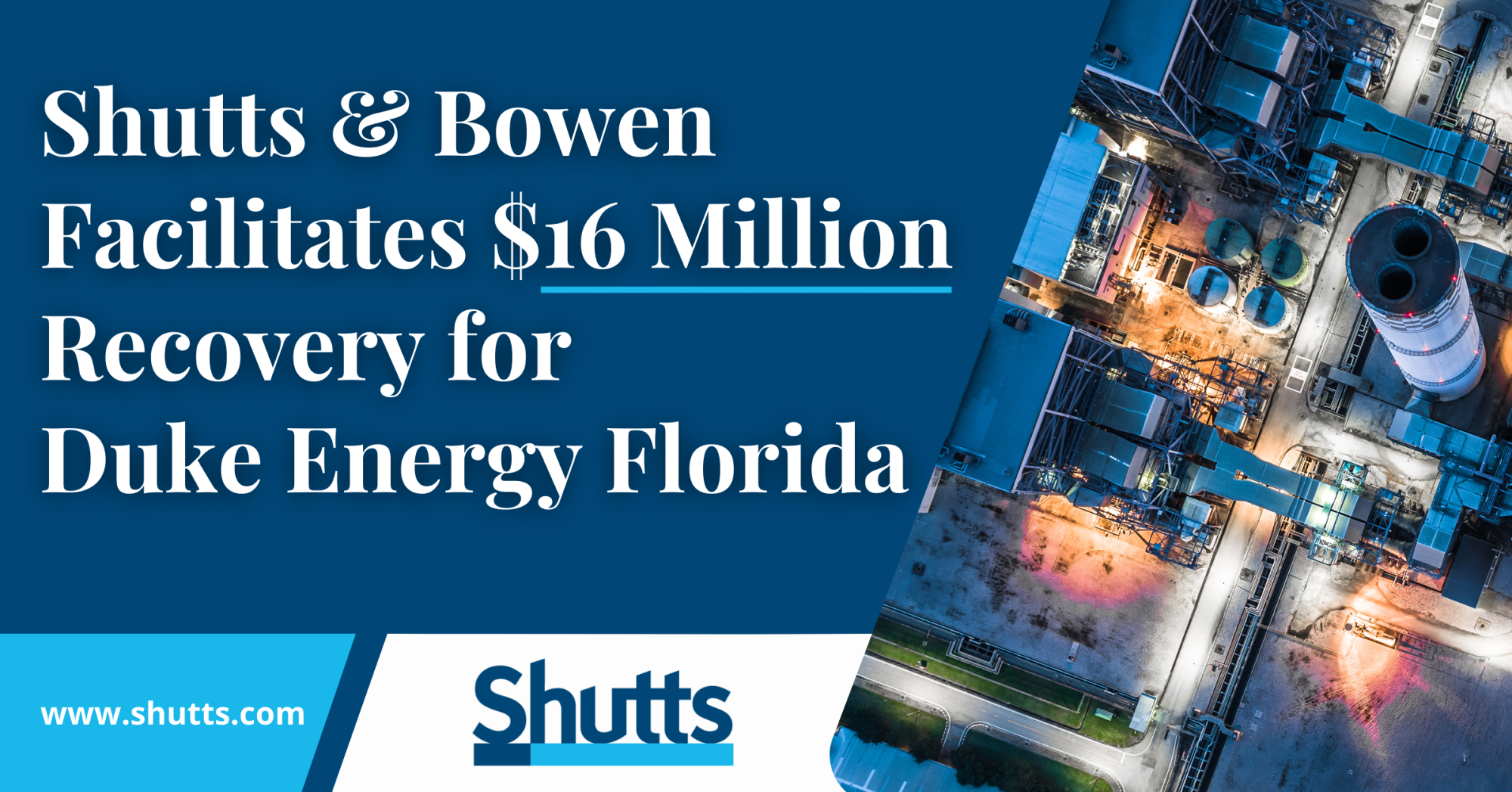 On behalf of its client, Duke Energy Florida, LLC, Shutts & Bowen facilitated the reversal of a cost recovery denial, helping to recover $16 million in replacement power costs that the utility incurred while operating a power plant at reduced capacity.

Shutts attorneys helped convince the court that the costs were incurred notwithstanding Duke Energy’s prudent operation of an “aftermarket” steam turbine that was manufactured to run in a plant with fewer natural-gas-fueled combustion turbines than the Bartow plant in Florida where it was ultimately installed. Despite prudent operations and adjustments, the steam turbine’s blades had to be replaced multiple times, eventually prompting the plant to expend further resources, which ultimately led Duke Energy to seek permission to recover what it spent to make up for the production shortfall that resulted from the equipment.

The unanimous decision confirmed that Duke Energy’s actions did not cause the outage at issue and was therefore allowed to recover the costs of the outage. Because these costs had been previously collected, there is no further impact to customer bills as a result of this ruling.