Hotels, Restaurants and Bars: What is Expected When Restrictions are Lifted 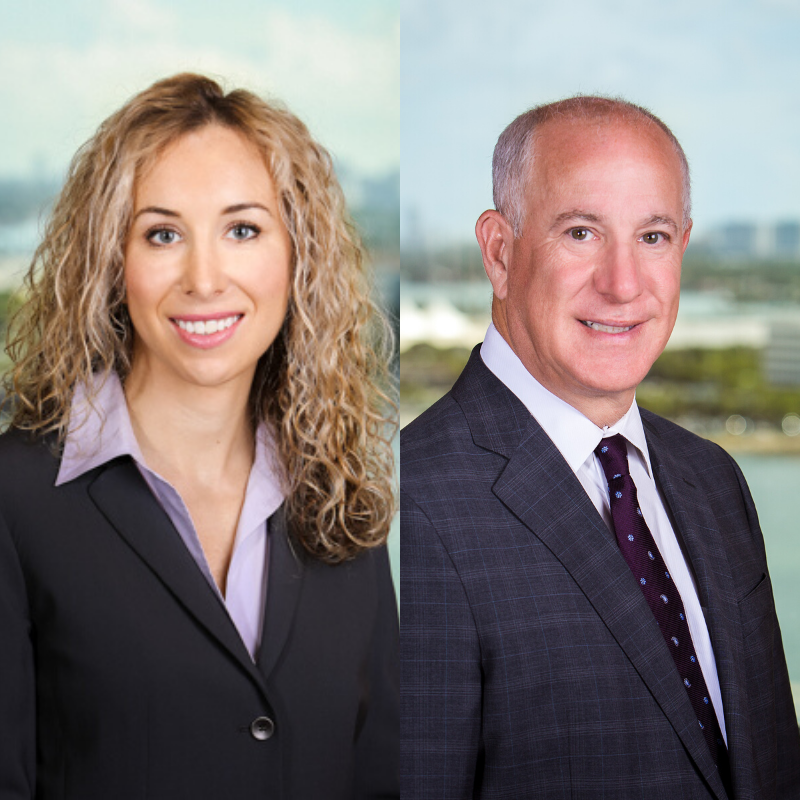 This article appeared in the Daily Business Review on April 21, 2020.

Hospitality was one of the first and hardest hit industries by the pandemic because the industry is leisure-driven and largely funded by discretionary spending. At this point, the industry is basically in “survival mode”.  In fact, as Forbes recently noted, only about 33% of Americans say they are willing to stay in a hotel and only 28% will be ready to fly within three months of the curve flattening.  Only one in six Americans say they will stay in a hotel within a month of COVID-19 being curtailed, and slightly more than half of Americans (52%) have expressed a willingness to stay in a hotel within six months.

Restaurants of all sizes have also been hit hard and are all struggling to pay rent and survive.  Some franchisors are trying to work with franchisees on reduced or eliminated franchise fees. Larger restaurants will likely re-open but almost certainly will do so with reduced staffing and occupancy limitations. The smaller restaurants may never re-open, depending on capital and expenses.  All in all, even when things are back to “normal,” people will be reluctant (at least initially) to put themselves in any setting that involves close proximity to others and/or discretionary spending.

Compounding these problems is the fact that the pandemic has resulted in many people losing their jobs in all industries. With job losses come lack of funds and/or an unwillingness to spend money on discretionary items, such as dining out and travel.  Even those who have not lost their jobs are likely to have lost at least some of their expected income.  The concern in the industry is that even when things return to “normal” or even “semi-normal,” discretionary spending will not return to pre-COVID levels for quite a while. As Globest.com reported, while commercial real estate will likely trail the overall economic rebound, and last anywhere from 12 to 30 months, it is likely that the hospitality industry is facing its own recovery of up to 30 months.

The hospitality industry may attempt to mitigate its damages by invoking force majeure clauses in their loan documents or leases, if in fact such clauses are contained therein. One issue will be whether or not the specific force majeure clause addresses pandemics or other related situations. If not, it is not at all clear whether COVID-19 will be deemed within force majeure. The local and federal restrictions on social distancing, as well as travel bans, provide for a plausible argument for the invocation of a force majeure clause. Even if force majeure is unavailable, the industry may attempt to utilize other defenses, including impossibility of performance or frustration of purpose. Careful attention must be paid to the operative loan documents and/or leases to determine if COVID-19 qualifies as a “force majeure” event or if there are any other legal doctrines that apply. This requires a detailed analysis of the contractual language, governing law, legal precedent, and the specific facts.

So the issue becomes — how restaurants, hotels and others can try to work with their lenders or landlords during this time.  From what we have seen from CMBS lenders, hotel and restaurant owners and operators, as well as landlords, there is no “one size fits all” approach.  Lenders and landlords appear to be evaluating each situation on a case-by-case basis, as opposed to implementing a general approach for all loans and leases. The new bankruptcy rules, which went into effect in February, 2020 and increased the liquidated debt limit to $7.5 million for Chapter 11 small business filings, should prove helpful to those smaller sized businesses that need restructuring as a result of COVID-19.

One important lesson gleaned over the last two cycles is that there are likely three main scenarios that will arise. In the first scenario, the lender/landlord may be willing to immediately work with the borrower/tenant and provide some type of forbearance with catch-up payments either at end of the term or some other sooner time. The second scenario is one in which the creditor is unwilling to work with the debtor as the creditor has its own financial issues to deal with as a result of this all-encompassing  pandemic, including debt service, taxes and a myriad of other expenses. The third and perhaps most likely scenario is some type of a middle ground in which the creditor is willing to forbear for a certain period of time if the debtor provides financial information to establish its hardship as a result of what is happening in the world around us. In our experience, most creditors will at least preliminarily be willing to work with their debtors to help them out of a difficult situation.

Another interesting issue will be how the courts deal with attempts to foreclose or evict once any governmental prohibitions and forbearance periods have expired. The current scenario is unlike that in 2008 for many reasons, including that, in the situation at hand, it is neither the creditor nor the debtor’s fault for the situation they find themselves in.   So, whether it will be the creditor or the debtor who ultimately bears the burden associated with the debtors’ inability to pay its lender or landlord will be an interesting issue to watch develop.

Finally, there is no doubt that the end of quarantine will result in a huge release of pent up demand to travel, socialize, and dine out. That will likely lead to a resurgence in demand for hospitality industry services, which, as more and more of the current restrictions are lifted, will grow larger and larger, and create a boom in the hospitality sector once things have normalized.

Lee D. Mackson is a partner in the Miami office of Shutts & Bowen LLP and Chair of the Creditors’ Rights/Bankruptcy Practice Group. With more than 36 years of experience, Lee advises clients in ways to resolve a variety of complex business disputes in court, arbitration and negotiation, including workouts, commercial foreclosures and trials. Lee primarily represents financial institutions in real estate and banking litigation, among other industries. He represents numerous multi-state lenders and special servicers and has handled multi-million dollar commercial foreclosures. These cases often involve receiverships and rent sequestrations. Lee has also appeared before the United States Supreme Court.

Michelle G. Hendler is a partner in the Miami office, where she is a member of the Creditors’ Rights Practice Group. In working to resolve disputes in and outside of the courtroom, Michelle focuses her practice on real estate and creditor’s rights matters. She represents lenders, real estate investors, and special servicers in commercial foreclosures, loan enforcement actions, guaranty claims, and note sales, and she represents court-appointed receivers.