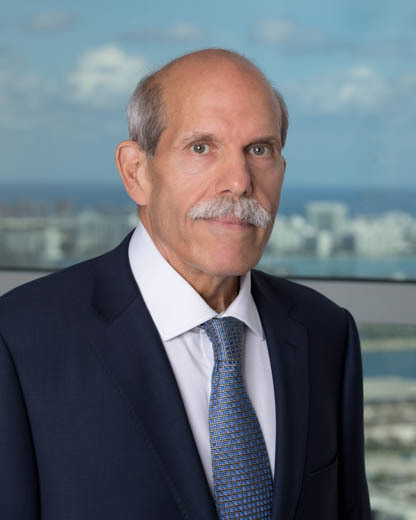 Stephen B. Gillman is a partner in the Miami office of Shutts & Bowen LLP, where he practices antitrust, banking and securities litigation and is a member of the Business Litigation Practice Group.

A Martindale-Hubbell AV® rated attorney, Stephen has been named one of the Best Lawyers in America® in commercial, antitrust and securities litigation as well as banking and finance. He has over 30 years of experience representing business involved in disputes.

He has experience handling antitrust and fraud cases for the federal government and has spent a considerable amount of time in court. Stephen represents his clients in mediation, arbitration and trial in state or federal court. He has handled matters related to contract disputes, fraud, the Deceptive Trade Practices Act, the Racketeer Influenced and Corrupt Organizations Act (RICO), and other issues.

Stephen began his career as a trial attorney for the Antitrust Division of the United States Department of Justice. He then joined the U.S. Attorney’s Office for the Southern District of Florida, where he ultimately became Chief of the Fraud and Public Corruption Section for the Criminal Division and oversaw investigations, indictments and prosecution of bank fraud and related offenses.