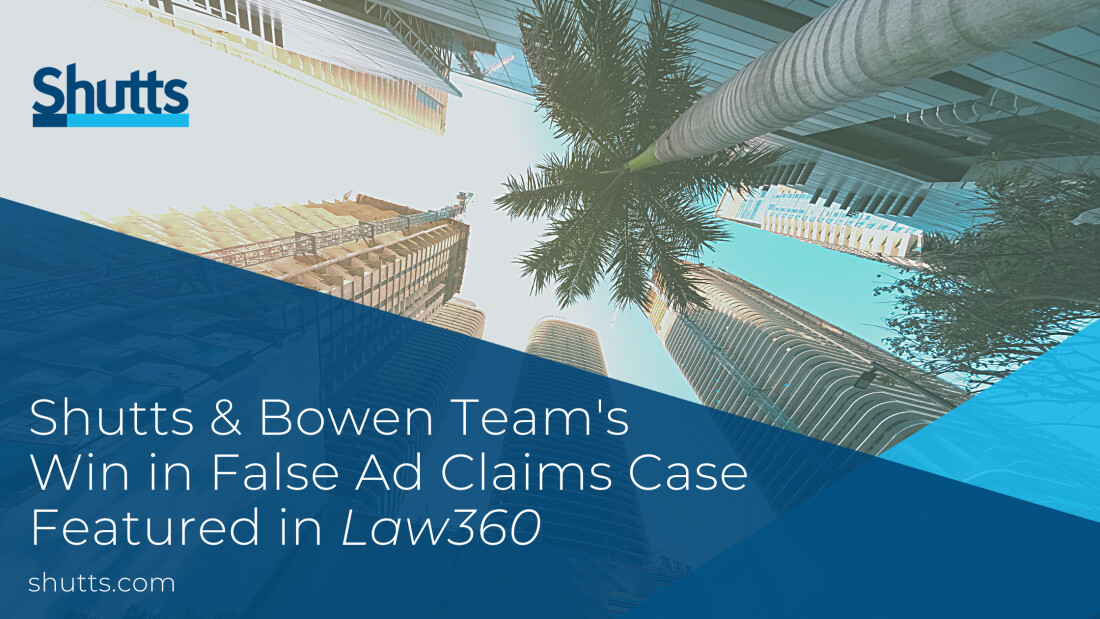 In particular, Judge Bloom found that TTT may lack standing to pursue claims under Florida’s Deceptive and Unfair Trade Practices Act due to the fact that it is not a party to the contract between Bluegreen and the timeshare owners.

Eric Christu, Chair of Shutts & Bowen’s Intellectual Property Group, handled the argument for Bluegreen and stated during the Zoom hearing that the communications between Bluegreen and the timeshare cited by TTT can’t be used to support Lanham Act false advertising claims. Furthermore, Christu argued TTT relied on Bluegreen’s attempts to upsell timeshare owners points as a basis for its Lanham Act claims, yet failed to plead specifically which owners received those communications and when.

“It’s perfectly appropriate for Bluegreen to react and respond to customers’ questions about terminating,” Christu said during the hearing. “This is not the stuff of a Lanham Act violation.”