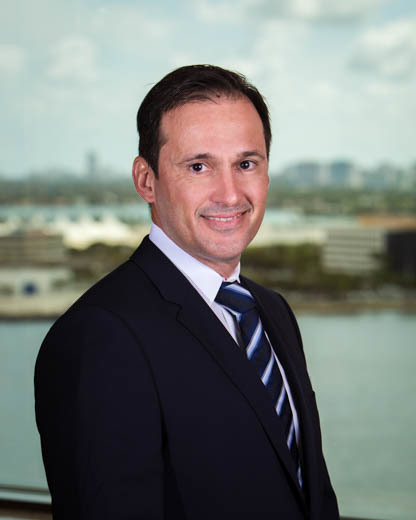 Dario A. Perez is a partner in the Miami office of Shutts & Bowen, LLP, where he is a member of the Business Litigation Practice Group.

Dario has been recognized as a “Top Lawyer” in Corporate and Business Litigation by the South Florida Legal Guide. He has more than two decades of litigation experience handling real estate, construction and general business disputes. He counsels real estate developers, property owners, construction firms, and insurance companies when faced with issues that can disrupt their business. He has defended developers, owners, and other building professionals against construction claims. He has also handled complicated commercial disputes involving tenants, municipalities and insurance companies.

Dario is an experienced trial and appellate litigator, having represented his clients in federal and state courts, public administrative bodies and private arbitration tribunals. He has worked with businesses across multiple industries, including insurance, finance and manufacturing and has litigated fraud claims, antitrust disputes and class action cases.

Outside of his practice, Dario is actively involved in pro bono work in the community. He has served as treasurer of the Virginia Key Bicycle Club and is a past president of The Bicycle League of Miami and was a board member of the Metropolitan Center at Florida International University.