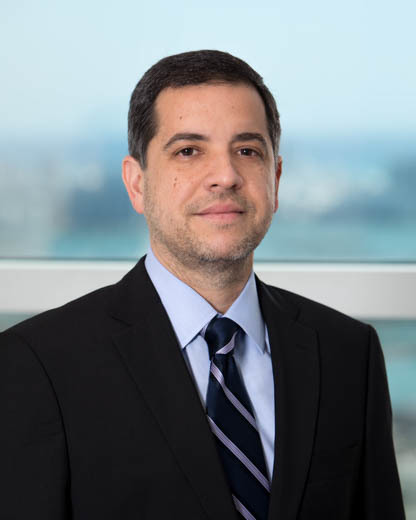 René Gonzalez-LLorens is a partner in the Miami office of Shutts & Bowen LLP, where he is a member of the Labor & Employment Practice Group and the firm’s Diversity Committee.

A Martindale-Hubbell AV® rated attorney, René has been recognized among the Best Lawyers in America® in Employment Law since 2013 and by Florida Super Lawyer Magazine since 2010. René has over 28 years of experience representing domestic and international businesses on labor and employment matters, as well as international commercial disputes.

René represents his clients before administrative agencies, state and federal courts, appellate courts, and the U.S. Supreme Court, in an array of matters including:

Outside of the courtroom, René provides clients with solutions to employment-related issues, advises on how to avoid or minimize litigation, drafts employment contracts, and offers day-to-day advice on employee investigations, discipline, discharge, and other management concerns.  In addition, he represents clients on multi-million commercial disputes in various forums.

René is actively involved in the community and pro bono projects. Since 2009, he has been legal counsel to the Miami Lighthouse for the Blind and Visually Impaired, which is the oldest and largest private agency in Florida that serves people of all ages who are blind or visually impaired.  Since 2008, a Miami-Dade County Commissioner has appointed René to serve on the Miami-Dade County Commission on Human Rights, the county's advisory board responsible for enforcing Miami-Dade County's employment and housing rights ordinances. René also provides pro bono advice to Belen Jesuit Preparatory School. In addition, René has published and presented on contemporary employment law issues.