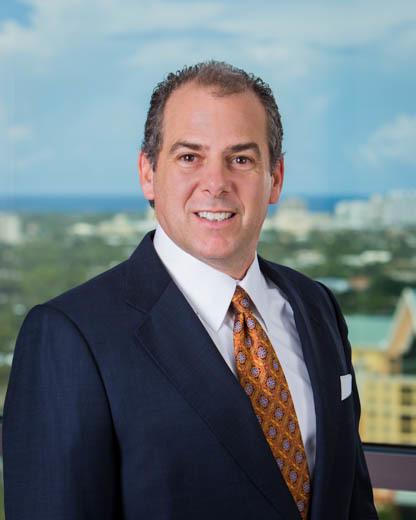 Joseph M. Goldstein is the Managing Partner of the Fort Lauderdale office of Shutts & Bowen LLP, where he is a member of the Business Litigation Practice Group. Joseph also practices out of the Tallahassee office.

A Martindale-Hubbell AV® rated attorney, Joseph is among the less than one percent of attorneys who are Florida Bar Board Certified in Business Litigation. He is also a Florida Supreme Court Certified Civil Circuit Mediator. Joseph has been recognized as a “Lawyer of the Year” by Best Lawyers in America ®, listed as a “Power Leader” by South Florida Business Journal as well as the “Top Lawyers in South Florida” by South Florida Legal Guide.

A former Assistant General Counsel for the federal government, Joseph has experience in government contracting law and is well known within local and state procurement divisions. He has also been a part-time hearing officer for Broward County for bid protests and debarment hearings under the Broward County Procurement Code. He is a former member of the City of Plantation Planning & Zoning Board. The American Bar Association’s Public Contract Law Section appointed Joseph to Vice-Chair of the State and Local Procurement Division.

After graduating from law school, Joseph served as a law clerk to Judge Patricia Fawsett on the U.S. District Court, Middle District of Florida. Following his clerkship, he fulfilled his military commitment arising from his ROTC scholarship. He was selected to serve in the Air Force General Counsel's Honors Program at the Pentagon, where he served on active duty from 1991 until 1994. There he represented the Air Force in more than 150 bid protests before the General Services Board of Contract Appeals and the General Accountability Office. He conducted legal reviews and negotiations with major defense contractors and assisted the Department of Justice in prosecuting fraud and qui tam suits. He left the Air Force as a Captain and was awarded the Meritorious Service Medal.